When the US announced that it would place a 10 % tariff on an additional $300 billion of additional products on August 1, 2019, the markets were shaken. The Dow dropped 767 points or a mere 2.8%. While it is a concerning dip, it’s not the end of times for Wall Street as some would have us believe. The US markets bounced back from this dip quickly ended on Friday down 90.75 points or 0.34% from Thursday. Dips like these can be scary for investors and stretch out across the globe. But this is not the first time nor is it the last time we will see this. While most would like to say that this hiccup came as a direct result of President Trump’s tweet about the tariffs, other would say it was more closely related to the FED dropping the interest rates by .25% points.

Since then, we have seen the Chinese allow for the Yuan to be devalued in the currency markets. The Yuan was allowed to decrease in value to 7.0280 on Monday. 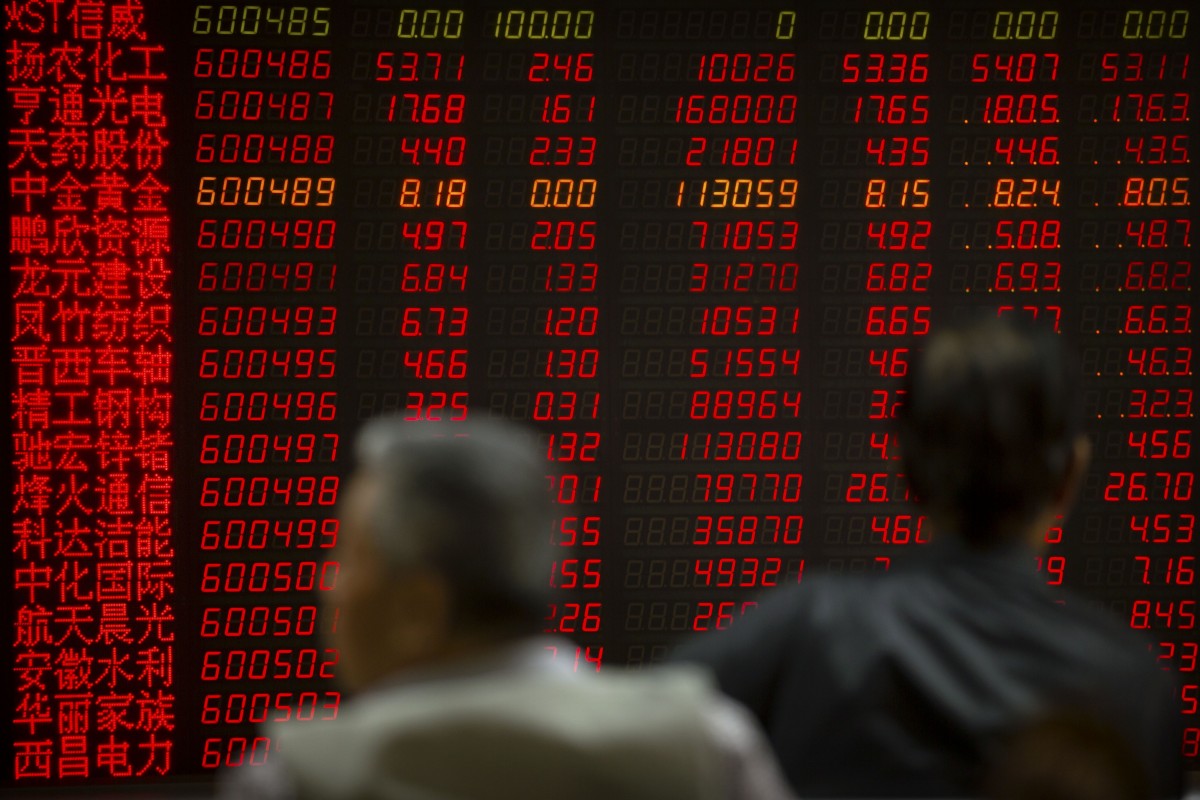 President Trump labeled China a currency manipulator and China allowed the Yuan to increase back to a more stable position of 6.9996 on Tuesday. The Yuan closed on Friday at 7.0628. So, is China really manipulating their currency? In the eyes of the US President, yes it is. It is quite coincidental that Yuan fell this much immediately following the tweets of more tariffs.  In the eyes of China’s president, Xi Jinping, no, they are merely allowing the market forces to work.


We see where the negotiations are scheduled in September but there is concern that the upcoming rounds of talks may be cancelled as other rounds have been in the recent past. The US markets have recovered since the worrisome announcement was made. But, what does all of this mean for the world economy? Just how will the global markets be impacted? It seems that this is an expansive topic has no end in sight. In order to determine just how all of this may impact the global economy, we need to review what has happened to date.

Since the Clinton Administration first brought China into the World Trade Organization, China has been permitted to ship goods into the United States virtually Tariff free. The Chinese are able to produce goods cheaper than in the US. US consumers now had a cheaper source to buy from, and China faced no tariffs for their products. Thus, China has been able to build a significant economy while keeping goods cheap.

However, the tariffs on American goods entering China were set anywhere from 5%- 50%. This has been an ongoing practice and policy. If you want to buy American in China, you accept the tariffs China has had in place on those American goods. An increase in tariffs from the China side on American good is making American products less attractive to the Chinese markets. China also has taken the stance of Nationalism. The government is pushing efforts to get the people of China to buy goods and services that are within the borders of China as opposed to the increasingly expensive imports from the US and other nations.

What seems to be missing in the current Tariff war is the explanation of why President Trump is placing these new tariffs on Chinese goods. Here is what we have learned.
The United States Trade Representative, which led the seven-month investigation into China's intellectual property theft and made recommendations to the Trump administration, found that "Chinese theft of American IP currently costs between $225 billion and $600 billion annually."- Sherisse Pham- 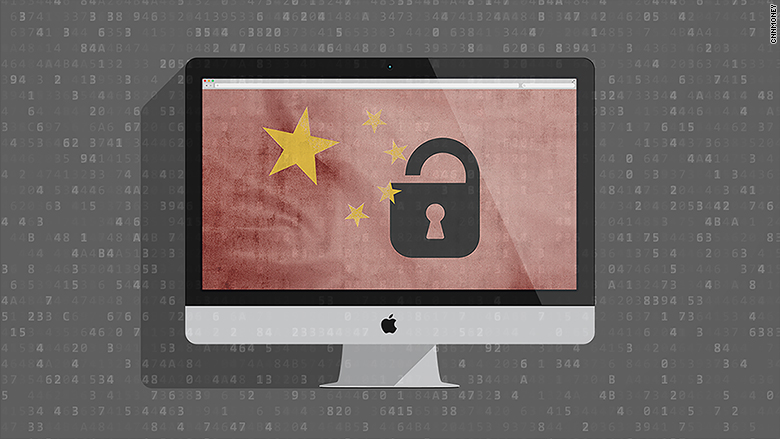 The existing Tariffs China has in place on American products imported to China is another factor. China has had these tariffs in place since the beginning of trade with the US under the Clinton Administration with no reciprocating tariffs for the US on Chinese goods and services. As China’s economy grows and the nation becomes more and more of a top level player globally, this lack of tariffs is another problem President has to correct for the United States. In placing the current tariffs of $250 billion worth of Chinese goods, the US has only started to balance the scales. In direct retaliation to this, China imposed an additional $110 billion in tariffs specifically on US goods. The announcement of another $300 billion in tariffs for Chinese good imported to the US does not outpace China’s retaliatory actions.

All of these factors lead to a one-sided economic advantage for China. These are the key drivers behind the Tariff War. The results are the losses of income for American companies and other nations alike. The stance China has taken against the Americans may be beneficial to other nations in the short term but could ripple out to tariff wars with other nations in the long term. Once the precedent has been set, this type of action could be used against other nations who start to feel the effects of China’s actions with the US.

The United States, for its part, has to goal to strengthen their nation’s economy. President Trump has operated on a more Nationalistic platform, causing discourse among the people of his nation. One thing that most Americans can agree on, save for Bill Maher, is that Americans want a strong and healthy economy. The vast majority of Americans (from all political points of view) do not want to feel the effects of another recession.

The unbalanced trade agreements with China present that possibility. Jobs are lost to China on a regular basis as a result. Companies move production and operations to China because they are able to keep labor costs down. The Devaluation of the Yuan, adds to that ability to keep costs lower and products coming out of China cheaper.  The reduced regulations in China also aids in cost reduction from more industrialized nations. This continues to keep the scales unbalanced and in China’s favor.


On the surface, it seems like a win for companies seeking a cheaper labor force in a less restrictive environment. But with the new tariffs going into place, what does this mean for industry? Can these other nations that are moving in to fill the void expect to profit long term? 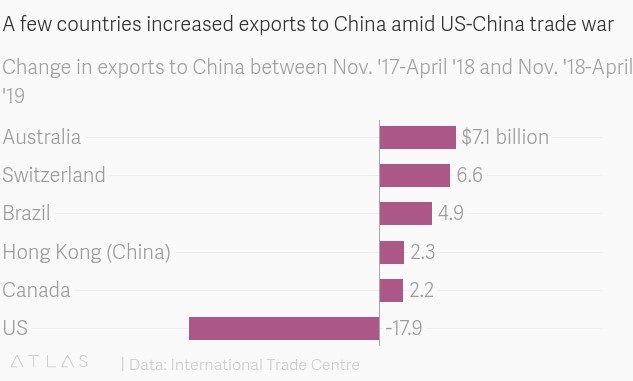 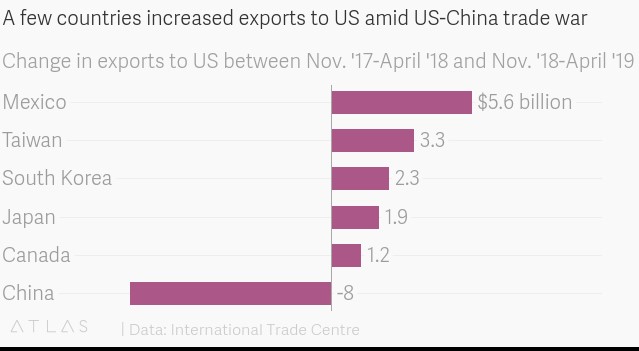 As it stands, in the short term, these other nations are benefiting from the Tariff War between the US and China. However, in the long term, these same nations may face similar tariffs from either, if not both nations as they work to increase their own respective economies. The US is cracking down on fair trade practices with their nation. When we view the scope of the trade relationship with China, it seems justifiable to enact the tariffs to level the field a bit. It seems that China has had an unfair advantage for many years. When they first became a part of the WTO, the unfair advantage was acceptable to prop up their economy and bring them into the fold. However, China no longer needs this advantage as their economy has had the fastest growth rate (even with the more recent slowing) of any other nation. It is said that China’s economic growth rate of 6.2%, is comparable to the entire economy of Australia. That being said, China should weather the Tariff war with few scares resulting from the short-term view. The US growth rate is significantly lower at 3.2% for the first quarter of 2019. However, the US should fair well in the Tariff wars as well.

Long term, both nations could suffer and as a result, the global economy as a whole. Trade negotiations need to happen and real results need to occur. We have seen where China has not lived up to their promises to the US in recent months and the US is preparing to add tariffs to adjust accordingly. To that note, there seems to be no end in sight to this Tariff War without a willingness on the part of China to relent some of their unfair advantages in global economy. The battle with the US will set the precedent for what is to come from China with other nations.

Bear Stearns embraces initiatives that drive economic growth and deliver real, sustainable benefits to humanity. You can talk to us on how we can work together to actualize your propositions in energy or other sectors and maximize your returns.
News
Private Equity Value Creation
The Opportunities of Climate Change
The Fall of Globalization